To kick this MalaysianCupid review off right and keep it completely honest I’m going to suggest staying far away from Malaysia for women in general.  The two times I’ve been to Kuala Lumpur I wasn’t attracted to the women nearly as much as other Asian countries.  I’ve met quite a few Western guys that feel the same way so if you haven’t been there and you’re looking for a destination I suggest finding somewhere else to go.  They’re also a bit more conservative in general so this doesn’t help your chances either.  They stick to their religion, Islam, a little more strictly than other countries in the region like Indonesia.   With all of this being said, MalaysianCupid is your best bet to find the easier girls that are looking for a foreigner.  Going to keep this review short since most of it has already been covered.

Members of Malaysian Cupid – Are there Scams?

There are more girls on MalaysianCupid than you would expect.  This is one of the smaller sites in Asia but it’s certainly your best option.  The women here aren’t very susceptible to being approached in public because their culture doesn’t talk to strangers very often.  There are a few thousand active members with most of them living in or around KL.  As much as I’ve bashed the looks of these girls here they really aren’t that bad.  You can find some great looking girls on here.  The average quality just seems to be quite a bit lower than most other countries in the region.  There aren’t really that many scams here.  There are of course some people on MalaysianCupid.com that will be cam girls or hookers or something of that nature but they aren’t scamming you in general.  You’re safe! 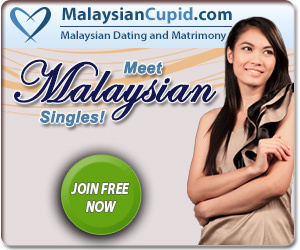 Absolutely.  As always, if you’re going to be in the area by yourself or without a significant other then you should sign up for a dating site.  A lot of men put this off until they are starting to get a bit lonely.  What I’ve always done, along with the few guys that helped make this site a reality, is signed up a week before visiting or moving to the country.  This will get you prepared and you have a little bit of time to sweet talk the girls before arriving.  In this scenario you can hit the ground running with dates setup as quick as the day you arrive.  Another absolute must is to sign up for the paid version.  This way you can filter out unwanted girls and you can send mass messages to not waste your time.  If you don’t sign up for the paid version you’re very limited by only being able to send a message every 15 minutes.  This can really put a damper on things and you can cause you to spend an entire week on your computer sending these girls messages.  This goes without mentioning that when girls message you and you have to wait to respond they’ll think you’re cheap, which is a big no no in South East Asia.

If you’re not already in Malaysia then don’t bother going unless you’re doing a Visa run.  Instead head over to the Philippines, Indonesia, or Thailand.  We recommend the Philippines for the most part and we’ve done a couple of reviews of dating sites there for you as well.  Our favorite is PinaLove so check out that Pina Love review and hop on a plane.  You won’t be sorry.