China Love Cupid is by far the worst dating site in South East Asia.  Well, I’ll take that back.  This site beats its competitors in China but that’s about it.  This probably just comes down to me not really liking Chinese women.  So I’ll quit being biased.  The site is run by CupidMedia so of course, it’s a good site.  I always recommend using their dating sites.  There are only a couple of countries where others even compare but it’s definitely not in China.  Go with the exclusive signup below, you won’t be sorry.

There are thousands of active members of China Love Cupid but China is a huge country with a HUGE population.  These girls were mainly centered around most of the larger cities, which is to be expected.  China is a fair bit more open to meeting people in public than other Asian countries, especially foreigners.  I met up with quite a few girls from this site.  They were all very friendly and more open to us Westerner’s than any other culture.  True story – I have a friend that got hired to ACT like he was playing piano on stage at a two-day event.  They paid him $2,000 USD to pretend that he was playing when he actually has no idea how.  They only hired him because he was white.  They have some weird sort of thing there where they think that us Westerner’s bring prestige to their business if a white person is seen there.  Image how the girls will treat you! And if you’re there already, you already know exactly what I’m talking about. 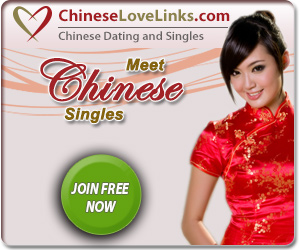 I’d definitely say to give this a go because it can never hurt to be on a dating site and this is especially true in Asia.  Whatever you do, sign up to Chinalovecupid instead of the other sites there because the others are even worse.  These other sites do shady things like send out mass messages from “featured” girls and ask people to pay money to reply to them.  These poor guys think a stunner is messaging them to chat and maybe meet up but it’s nowhere near the truth.  Chinalovecupid doesn’t participate in these types of scams so that’s a major bonus. Basically, this decision comes down to what is the best dating site of the worst country for Asian girls.  Okay, I’ll quit being biased now.  Since you’re on this page, you probably like Chinese girls.  If that’s the case then signup and see if you can find your next bang or your next girlfriend.  What’s the worst that could happen?

Next Question – Paid or Unpaid?

Well, we always go with the paid version.  There are a few key reasons here.  You are extremely limited with the free version of this dating site.  You can only send one message every 15 minutes if I’m remembering correctly.   Check the chart below to figure out what we mean by the limited functions.  Trust us, go with paid and you’ll find a girl 5 times faster than if you don’t.

Not feeling the Chinese women? Check out our Vietnam Cupid Review.